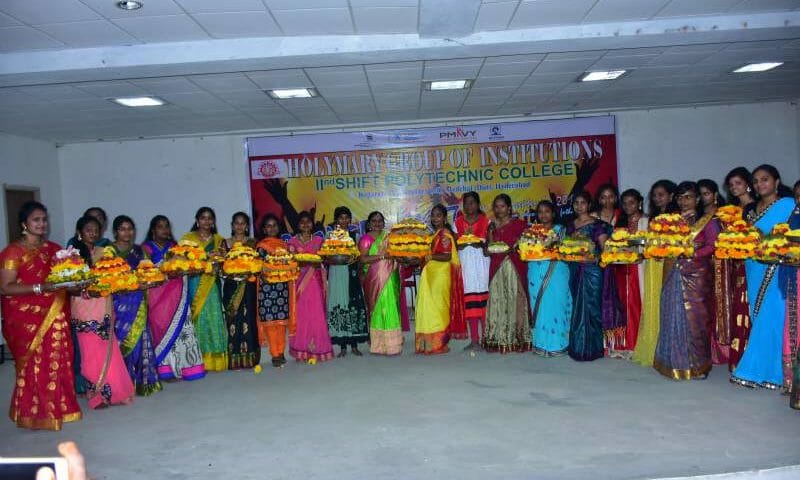 Bathukamma is floral festival celebrated by the Hindu women of Telangana. Every year this festival is celebrated as per Shalivahana calendar for nine days starting Bhadrapada Amavasya (also known as Mahalaya Amavasya or Pitru Amavasya) till Durgashtami, usually in September–October of Gregorian calendar. Bathukamma is celebrated for nine days during Durga Navratri. It starts on the day of Mahalaya Amavasya and the 9-day festivities will culminate on “Saddula Bathukamma” or “Pedda Bathukamma” festival on Ashwayuja Ashtami, popularly known as Durgashtami which is two days before Dussehra. Bathukamma is followed by Boddemma, which is a 7-day festival. Boddemma festival that marks the ending of Varsha Ruthu whereas Bathukamma festival indicates the beginning of Sarad or Sharath Ruthu.

Bathukamma represents cultural spirit of Telangana. Bathukamma is a beautiful flower stack, arranged with different unique seasonal flowers most of them with medicinal values, in seven concentric layers in the shape of temple gopuram. In Telugu, ‘Bathukamma’ means ‘Mother Goddess come Alive’ and Goddess Maha Gauri-‘Life Giver’ is worshipped in the form of Bathukamma – the patron goddess of womanhood, Maha Gauri Devi. It is also celebrated in some cities in Andhra Pradesh like Vizag.